History
It all started for about 35 years ago. My father did grow plants for a longer time yet, as a hobby. He did this beside his job in the backyard, as bricklayer in the building trade,. At the time of a financial crisis, when there was less work to do, he decided to start as a nurseryman. That is now 32 years ago. He sold his house and bought a piece of agricultural land where everything started. In that time, there weren’t as much garden centre’s, where you could buy all kinds of stuff, as nowadays and that is why he also did this. He did always prefere to propagate and grow plants, but that doesn’t directly carry up money. This went good for years, until he had to run down for health reasons. He held on until one of his three children would go on with it. In the end it became me, Nelis Kools, who would. I began to make cuttings and growing plants. In 1992, the year that I got my last certificates on school, I took over everything from my parents. We directed us from that time on more and more on the propagation of special conifers. After 10 years the moment came that we couldn’t expand enough on this location because it was in the build-up area. In good consultation with the local authority (Deurne), we made the decision to move to a new location. This is in a straight line on a distance of 350 meters from the old location and it was finished in 2003. Now we have the ability to make 1.000.000 cuttings. And next to that we started a few years ago this making of liners and deliverable plants too. For that we bought some ground over 1,6 ha in 2005 and again in 2007. This became 1 parcel of over 3 ha. 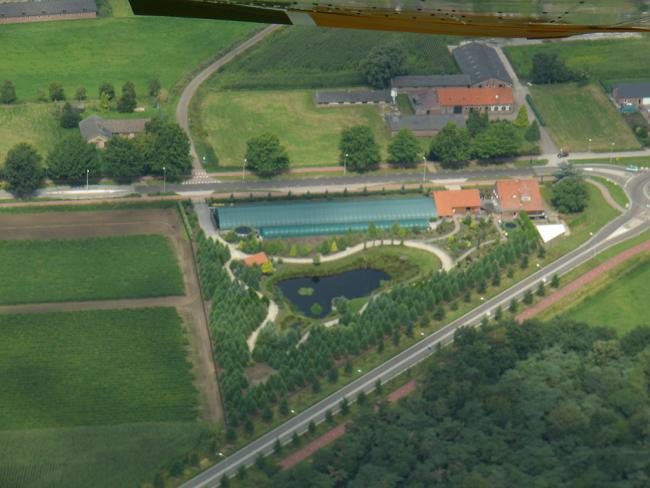